Menu
Log in
Register
Install the app
You are using an out of date browser. It may not display this or other websites correctly.
You should upgrade or use an alternative browser.

I don't actually own a GMC Terrain; I'm posting on behalf of a friend and co-worker who drives one. (I think it's a 2013, although I'm not entirely sure, and he bought it used less than a year ago.) He doesn't know a lot about computers, and I'm pretty sure he wouldn't know how to (or be inclined to) come to ask about this, so I thought I'd ask this question for him after trying some Google searches and having no luck.

Anyway, he told me today that he took his car recently to the dealer to get its scheduled oil change (he has free oil changes for a year or something), after a reminder came on his center screen that usually displays the satellite radio information. But he told me that the strange (and annoying) thing about the message was its content: It said, in so many words, "It's time to take your vehicle to Jiffy Lube for your scheduled oil change." I asked him to make sure I understood what he meant: Yes, it actually said "Jiffy Lube"! He said – and I agree with him – that he didn't want advertising in his car, which is what the message amounts to. (Also, even after the oil change, the message still appears, so whoever did the oil change didn't clear it.)

So, has anyone else experienced this? If so, is there anything my friend can do, short of taking it back to the dealer (and probably having to pay extra) to get them to clear the message, or at least change it so the advertising doesn't show the next time the message appears? Thanks in advance to anyone that might be able to help!
N

I know nobody has replied to my post, but I posted in another forum also and have some updates, in case anyone is interested: 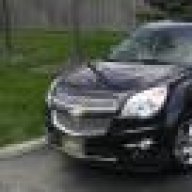 That's quite funny. This is the first time I have heard of this issue. Has he talked to his dealer about it? 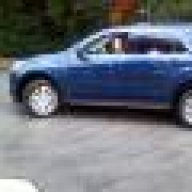 That's wierd.
You must log in or register to reply here.